Patch 532.08 introduced a new world as well as a portal system. Portals are used to go from one region to another.

Tip: You can toggle the map grid in-game. Open your inventory and visit the Atlas tab as shown here.

The original world of ATLAS consisted of a 15 x 15 grid consisting of 225 Regions with 568 Islands to explore and colonize. With a number of updates as the seasons have progressed the total world size was reduced to an 11 x 11 grid (121 Regions), regions can be divided into four different types each with there own climate, mechanics, perils, and resources. 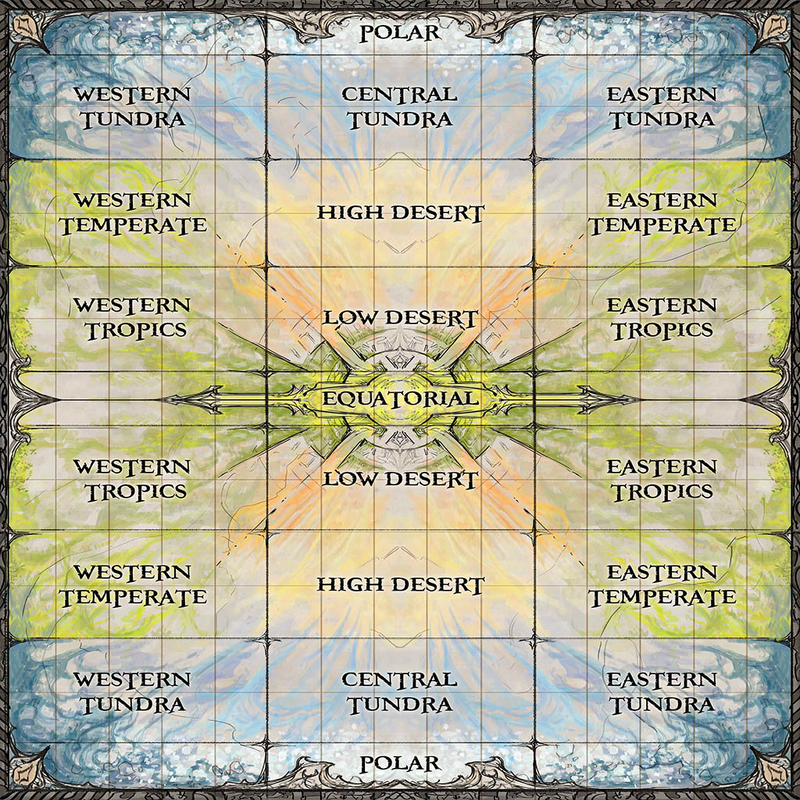