Back to page
Edit

This article is a stub. You can help ATLAS Wiki by expanding it.

Riding a Crab requires a

Tier 3 Saddle
It can carry heavy loads across great distances through the use of its jump mechanic. It can grab players, tames and wild creatures with both claws. [1] On a PvE server, the Crab will only carry Company or personal tames and players. On a PvP server it can pick up non-friendly players.

Giant Crab in the regions linked in the chart below. Please store specific location information in the pages for the regions where you have found it. (How To Add a Region)

Found in the Deep Ocean Trench.

X = No Crab's in this grid (confirmed) 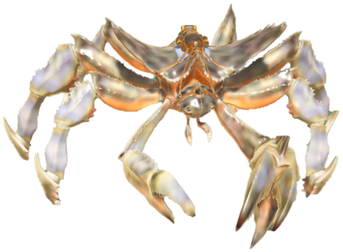