Edit
watch 01:36
We're Getting Mutants in the MCU - The Loop
Do you like this video?
Play Sound
This article is a stub. You can help ATLAS Wiki by expanding it.

Various Environmental factors in ATLAS can affect the way the game is played. These events can be beneficial or detrimental to the survivor.

Temperature is one of the core survival mechanics players have to contend with in ATLAS. It is arguably one of the more challenging mechanics, due to the vast number of environmental factors that make it difficult to accurately track. In addition, the Status Effects that affect the player in extremes Temperatures are subtle enough that the dangers of them are often unapparent until they've already put the player in significant danger.

In essence, the goal to this mechanic is for the player to maintain an optimal Temperature, or otherwise prepare for the side effects when unable. Maintaining a working knowledge of the many factors that affect Temperature is necessary to be successful.

There are many different environmental changes and player actions that can affect the Temperature of a player(s).

This is the global stat that affects any and all players on an ARK Server. It can be viewed at any time on a player's Inventory Screen in the 'Character Stats' on the right side, under °(C), or pressing and holding h. This stat will constantly fluctuate during game play, and will sometimes raise/lower to extremes on its own, forcing players to constantly adapt and change strategies.

Anything that uses some sort of flame will give off Heat nearby, raising the Temperature of any players near it. This includes:

* The range is given in the in-game units. ?? units is about 2 and a half foundations. The closer you are to a fire source, the more insulation you get (given insulation numbers can be met when standing closely to the fire source).

The effects from multiple heat sources can stack. Consider the (dis)advantages when placing Heat-generating structures close together.

Tip: Campfire and Torch give the same hypo and hyperthermal insulation, so it is better to use Standing Torches when you decide to warm up in cold areas because they are cheaper to craft and consume less fuel.


It will also negate the effects of inclement weather. (+112 hypo and +56 hyperthermic insulation)

You ship gives the Shelter Buff too.

Any Armor that a player equips has the potential to improve (or worsen!) their Temperature under the right conditions. This is represented by the "Hypothermal/Hyperthermal Insulation" stats listed on a Clothing's item description.

Each type of Armor has different impacts on a player's Insulation levels. The Armor page details each set's insulation against heat and cold. You can Upgrade your armor with Fortitude to fight the weather elements.

Severe weather can have an adverse effect on members of your tribe.

In addition, please note that in both extremes, the player will experience direct health loss in addition to other effects. Combined with the increased rate of Water/Food depletion in severe weather, this can turn a regular situation deadly very quickly.

Currently, extreme temperatures/weather affects the players' water meter. As of the time of writing, there are seven easily recognizable weather events:

Rain, which irrigates crops, refills water consumption, and allows the player to fill water containers like waterskins from anywhere outside. Rain also slightly decreases the temperature of the island, by only 3-5 °C / 5-10 °F. Note that the player get the condition Wetness too.

Storms are regular rain storms. With cyclones. You and your ship or building take damage when you got into the cyclones. Watch out that you need to repair your ship after that. Sometimes the cyclones can get your mounts. They flew away...

Cyclones have a 33% of spawning when it rains - Previously this was 100% chance.

Anchoring your boat prevents cyclone damage. If you raise anchor in the rain and they spawn, immediately lower anchor.

Snow, dropping the temperature even further in the snow mountain and surrounding areas.

Fog, which seems to do nothing aside from reducing player vision immensely, which is plenty dangerous as is. Fog also makes clouds lower and thicker and takes around 5 minutes to dissolve.

Heat events, which drastically increase the temperature of the whole island by between 16-28 °C / 30-50 °F, and as a result cause faster dehydration and health damage at or above roughly 50 °C.

Cold events, which are the exact opposite of heat events, drastically decrease the temperature, again by 16-28 °C / 30-50 °F causing higher food consumption and at sub freezing temperatures health damage (careful in those mountains).

Warms the player up immediately and immensely, Beware!

Hold h in game and look at the top left of your screen to see the current day and season. It change very often ... so don't know ...

How Time is Affected[]

at the moment it change very often.....

You get the Debuff

. A dark cicle arrives in the HUD. The cicle are getting bigger the longer you get the debuff.

You get the Debuff

. You can not see anything. You need to hold a Lantern or something else 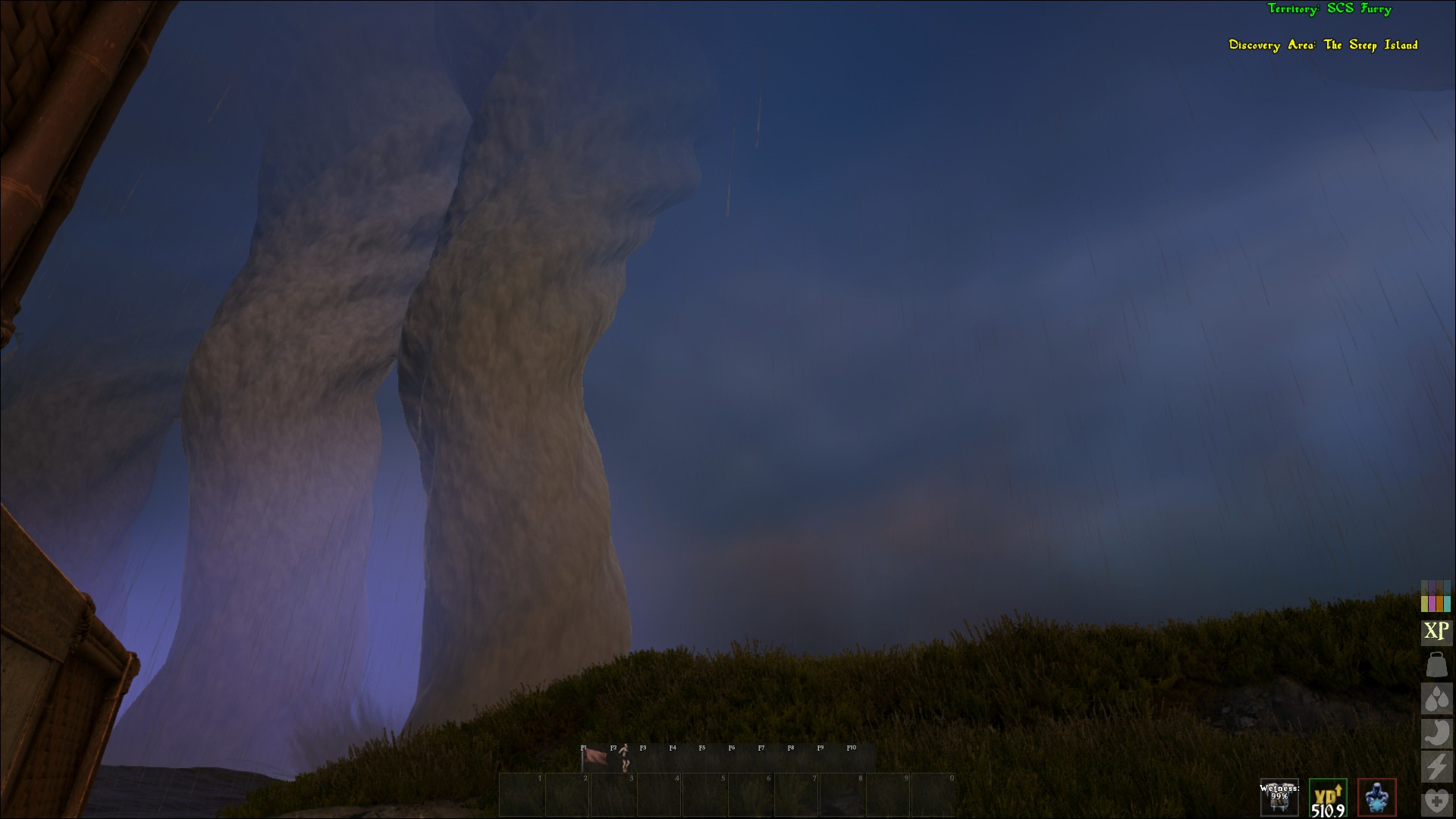 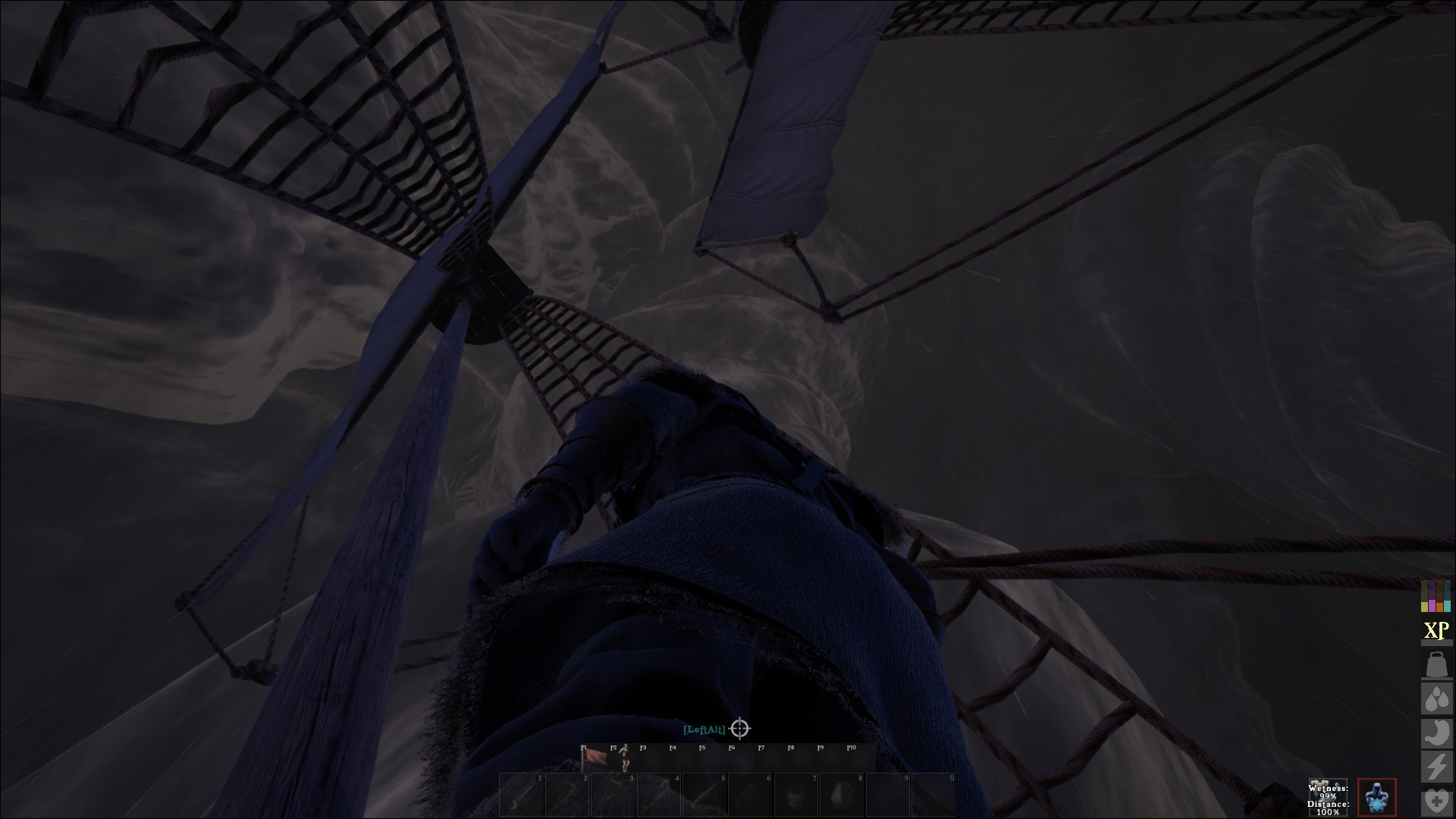 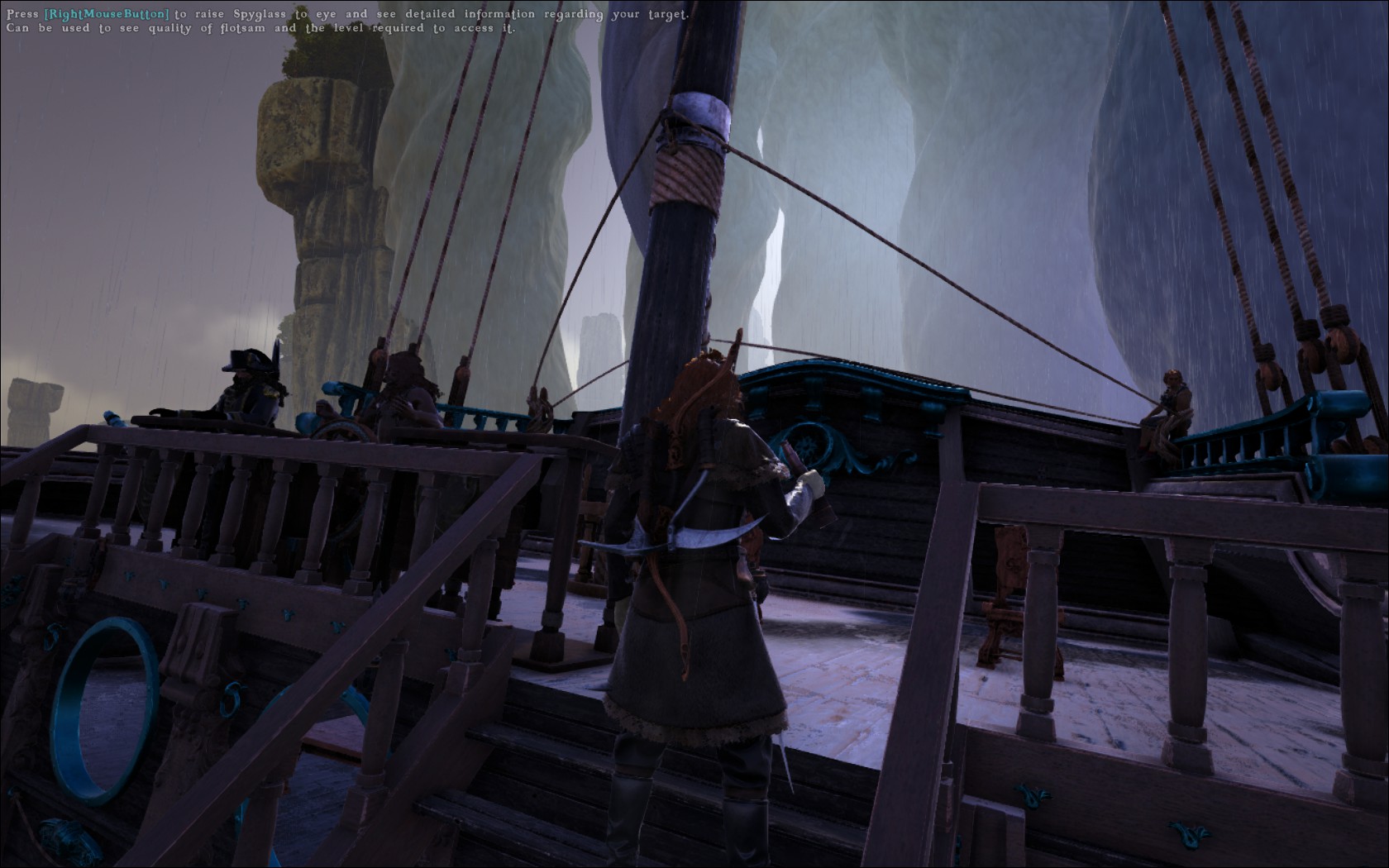 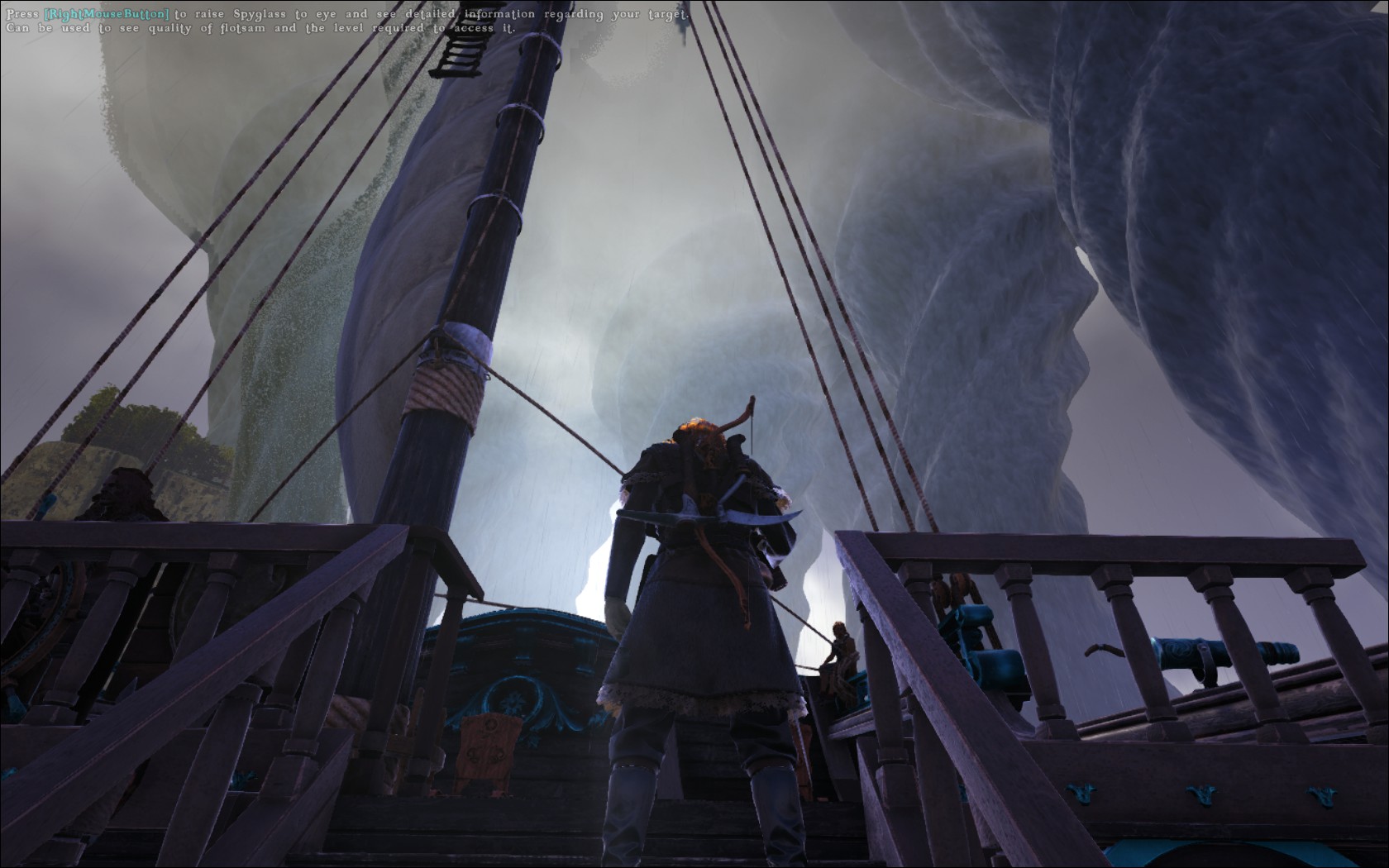