Difference between revisions of "Bee"

This article is a stub. You can help ATLAS Wiki by expanding it.

A 'Bee' is an aggressive Insect in ATLAS.

The bees spawn Nearby beehives or when something attacks the bee hive they jump out to attack the aggressor.

Unlike with ark, there is no way to tame the bees to get honey, you'll need to gather it on the hives or bees where they spawn

Bee attacks aren't very strong on their own, but the draining effect they produce can sap away a decent amount of a low-level pathfinder's health. A

Wolf can easily kill several bees attacking it at once.

Bee has been found in the following regions:

X = No Bee's in this grid (confirmed)

A wild Beehive a Pathfinder has come cross. 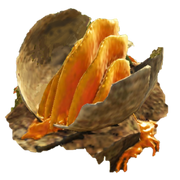 A beehive, which giant bees reside in and around. Do not disturb!